Find the right digital tools for your nonprofit. Download our free guide today!

RBG is gone – where do we find hope now?

Justice Ginsburg was so many amazing things to so many different people – feminist icon, trailblazer, hero, role model, women’s and reproductive rights champion, and on and on – and her loss is another devastating blow dealt by the year that can’t stop handing out the worst: 2020.

My immediate reaction to hearing about her passing was, we are so screwed.

And not just for now, but, with the inevitable appointment of a staunch conservative to the bench in short order by the hypocrites in the US Senate, for decades to come. I thought of all the hard-earned rights that will be nonchalantly stripped away, progress that people have sweated and tirelessly worked for or died to achieve simply overturned without fuss or fanfare, and our country and society reeling backward toward an era that so many of us thought we had happily left behind.

I admit that over the weekend my mood dropped sharply, and my usually ever-present optimism was wavering and noticeably faltering something fierce. I felt pangs of a panic attack. I started drinking a little too much, staying up too late obsessing over news feeds, sleeping in late and falling off my exercise routines, generally starting to feel like complete garbage, and losing hope fast.

My dad came over on Monday and instead of his usual, ‘have you read the latest outrage?’ sort of rant,

he changed his tone and gave me what turned out to be a much-needed pep talk. He said, ‘Jen, don’t despair. It is all going to be ok.’ Flummoxed, I responded with, ‘Um, in no way, shape, or form is it all going to be ok dad. We are sunk.’ I then went on to list all the ways we were headed for dark days. He replied with a calmness I haven’t seen in him for a while and that perhaps only comes from being 70 years old and having lived through other very hard times, and began to paint a picture of a future of which I hadn’t even dared to conceive:

He kept going but my spirits were already lifting.

I knew that we may not be able to actually DO all the things he was listing out.

I knew that it would still be a battle every step of the way for one party to actually increase rights for all Americans while so many still support an outdated, biased, and simply unjust way of life so filled with hate and disrespect for so many of our fellow citizens. But, it was at least a picture that I had not even stopped to consider. I knew that wallowing in despair or self-destructing was just not an option. I knew I had to kick my own butt into gear and get myself back on track. Too much is at stake. And if the good folks give up, then they definitely will have won.

And, above all, I know in my heart that most Americans want a more just and equitable world. The question now is, are we willing to do our part and pick up the fight that Justice Ginsburg carried forward so valiantly in her life?

I am DEFINITELY in. Are you?

Things you can do to help carry Justice Ginsburg’s fight forward: 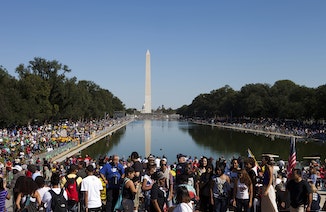 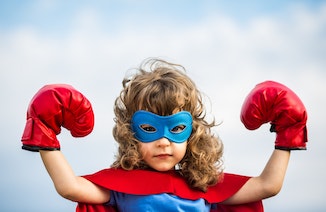 In Women We Trust 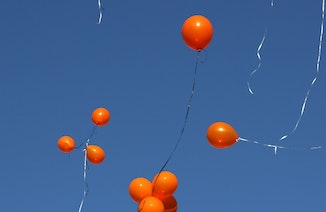