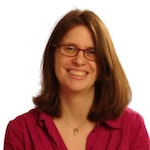 I work with nonprofits to create visions and action plans for websites. At the end of that process we have an understanding of what we want to do and a general scope. The next step, generally, is to find the right firm to make that plan become a reality.

How do you find a great firm? Conventional wisdom says that you should create a Request for Proposals (RFP) and send it to a substantial list of firms. That RFP asks each firm to write up a proposal describing how they would take on your project and what they would charge.

This is a really inefficient process, which often leads to less than optimal results. I would love to see the death of the RFP as we know it.

What’s Wrong with the Traditional Request for Proposals?

Your organization is busy. It takes time to put together the type of carefully constructed RFP that will allow good responses. And additional time to form a usefully curated list of firms to send to that won’t result in you being overwhelmed with crappy and confusing proposals.

But a bigger problem, in my opinion: top website firms are busy. They have a lot of projects, and often get most of their new work through referrals from existing clients. What’s more, the smaller firms that might create a great site at a lower cost often don’t have dedicated sales people with the time to respond to a lot of proposals.

A top firm with limited time for sales work, then, isn’t very likely to respond to a RFP that you just throw out into the world. It’s a lot of work — often six to eight hours or more— to create a good RFP response. If they’re going to be going to bidding against, say, 12 proposals, with unknown criteria (including, potentially, the lowest price… more on that in a minute), there’s not a really high chance they’ll get the project regardless of how good their proposal is. It’s just not worth their time, because they’re already busy.

This leads to an unfortunate loop: the more general your RFP is, and the further you send it out, the less likely high quality firms are to respond. What you’ll get is proposals from firms that either have a sales machine to crank out proposals (and they’ll likely charge you at least a bit more to cover the costs of that sales machine) or ones that really need the work.

On top of this, there’s another key problem: a RFP process implies that one of the key things you’re comparing is price. Obviously, price is a factor, but you can’t just go with the low bidder on a complex thing like a website. You’ll either get a crappy website, or a firm that doesn’t know how to estimate— and then goes over budget.

What Can You Do Instead?

First off, I think too many nonprofits feel that they always need to get competitive bids.If you’re under a government or other grant that says you must, then obviously you should do that, but otherwise think twice. If you’re working with a web firm that you generally like,and you think they can do the new work, there’s no reason to comparison shop just for the sake of it. You have a good relationship with them already, they know your site and how you work. No firm is perfect, and it’s unlikely you’ll be able to tell enough from a RFP process to know that a new firm will actually be better.

On the other hand, if you’re lukewarm about your current firm, or you don’t have one that can do the project at hand, a competitive process can definitely be useful. It also provides an important opportunity to look at those outside your traditional circles— perhaps minority owned firms, B-corps, or ones who specialize in your area of focus

A “competitive process”, though, doesn’t necessitate a big RFP. Consider issuing a “Request for Interest” instead. A RFI is a description of your project, some of the criteria you’re looking for in a firm, and a request for some basic information. For instance, you could ask for an overview of why they’re interested in the project, what the firm specializes in and two case studies of similar projects. They likely have most of this information already written, and they don’t need to try to budget your project, so it’s much quicker for them to respond.

Who do you send an RFI to? You could spread it widely, to both firms you know and through connections and listservs, or you could generate a shorter list. Asking other nonprofits about firms they’ve worked with and liked can be a great source of information. Try to think specifically about who would know firms outside your typical circles.

So you send out an RFI, and you get back a bunch of Letters of Interest. What do you do with them? Think of it like a hiring process— the RFIs are the resumes, and you’re going to pick some and do actual meetings with the companies to understand more. You can get to know a huge amount about a firm in a meeting. You could do a quick screening process with a number of firms, and then winnow it down, or you could decide on a shorter list to start with. As when you’re hiring an employee, there’s a number of ways to go about it.

By the time you’ve had at least a couple of conversations with firms, you should have a good sense of who your top contenders are. This is the right time to ask for a formal proposal from two or three companies. You’ve gotten to know each other, and the firm knows that a proposal isn’t a shot in the dark. The proposals will be far closer to what you actually need, and from a more tailored set of firms.

Okay, so to put that all into a process:

Will this process take more time than a traditional RFP process? Perhaps a bit, but not a huge amount more. Isn’t your website worth it?

Laura S.Quinn is an independent consultant who works with nonprofits and foundations to explore website concepts through research and visioning and then translate them into action plans. Over her 25 years in the social sector she has created modern and user-friendly websites with Climate RealityProject, ASPCA Pro, Ohio Legal Help, the Mount Sinai Adolescent Health Center, and many others. Shewas the founding executive director of Idealware (now the education arm of Tech Impact). Over her ten-year tenure she presented hundreds of workshops and webinars, to become a nationally recognizedspeaker. See her website atwww.laurasquinn.comfor more information. 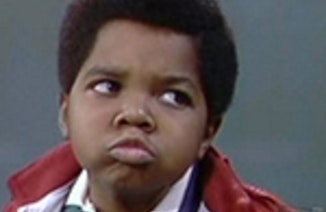 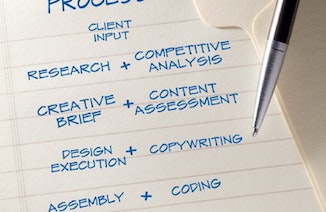 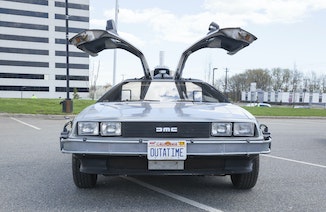