Find the right digital tools for your nonprofit. Download our free guide today!

Facebook is a valuable platform for nonprofits. You can use it to acknowledge your supporters, create ads that promote your mission, and so much more. Facebook Fundraisers are another way that nonprofits can utilize Facebook, in this case to bring in additional fundraising income.

Facebook has given nonprofits the ability to include a donate button on their pages for years, allowing people to donate without leaving the social media platform. Organizations can also create dedicated fundraising pages around a specific monetary goal or campaign. In 2017 Facebook unveiled the option for individuals to fundraise for an organization of their choosing by tapping into their own personal networks. Users typically use this option in honor of their birthdays, to raise money for an event such as a walk/run, or for specific holidays like Earth Day.

According to the M+R 2019 Benchmarks Study, 2018 was a year that many nonprofits began to more fully embrace this aspect of Facebook’s fundraising functionality. In fact, this fundraising option accounted for about 99% of all nonprofit revenue processed on Facebook. The M+R report goes on to explain, “nonprofits raised $1.77 through Facebook for every $1 raised through other online channels.” Organizations reported that almost one quarter of Facebook Fundraising income came in November, aligning closely with Giving Tuesday. In September of 2019, Facebook announced that users have reached the $2 billion fundraising milestone on the platform.

These numbers seem to indicate that ignoring this Facebook functionality is essentially leaving money on the table. If you think it’s time to start using Facebook Fundraisers as part of your online giving strategy, here are a few things you need to know.

If your nonprofit wants to offer the option for your supporters to create personal Facebook Fundraisers, you first need to follow the steps here to verify your charitable status. Once you’ve done that, you can start promoting this option to your supporter network. It’s also important to note that while Facebook charges no transaction fees for donations made through the platform directly to an organization, there are fees charged to cover processing for fundraisers set up by individuals.

You should also investigate if your organization’s fundraising tool has a Facebook integration. If supporters have the ability to set up a personal peer-to-peer page, and create a Facebook Fundraiser, an integration means that their donation data is synced between the two. This way, totals and donor lists will appear both on the page hosted by the tool and on Facebook profiles, and this information will update in both locations automatically. (Reach out to us for more info about which tools have this option.)

Your team also needs to prepare potential participants. The last thing you want is to field dozens of questions about how to set up fundraisers and what their message should be. We recommend creating a simple video or one-page PDF that you pin to the top of your Facebook page. Make sure when you encourage your supporters to set up individual campaigns that you provide these resources right away. Give them suggested text, sample images, and mission info so they have everything they need to get started.

When considering this fundraising option, it’s important to know that you won’t get detailed donor data. Unlike donation forms that are hosted on your organization’s website via your fundraising tool, which require an email address for processing, Facebook donations do not require that information. While you can access donor names in the daily transaction report, you will only get email addresses if they are provided from the donor. This makes it challenging to connect with them via email and encourage them to donate regularly, the way you would other first-time donors.

While this lack of data can present some challenges, there are many other ways you can try to connect with your Facebook donors. One option is to individually message them via Facebook, thanking them for their gift, and offering a link to sign up for your organization’s email updates. Then you can attach their contact accounts in your CRM to their donations, and message them in the future for continuing support.

We tell all the organizations we work with that Facebook Fundraisers should be one small addition to a larger fundraising strategy. Each method of bringing in monetary support has benefits and drawbacks, and different people are going to lean in different directions for a variety of reasons.

Despite the ability to reach a new and large audience via Facebook, we still recommend that nonprofits focus primarily on traditional campaigns and peer-to-peer/DIY options via their fundraising tools. Facebook can be a secondary option, particularly for giving days or for personal birthday campaigns, but donor data is too important for it to be your first suggestion. People are also wary of Facebook because of privacy concerns, so you don’t want to lose potential supporters because they don’t trust the platform.

What Not to Forget

As with any new fundraising trend, the challenge for organizations is standing out from the crowd. So many nonprofits are asking for fundraising support that often Facebook feeds are overflowing with requests. The key to any successful campaign is promoting your organization through powerful images and compelling stories and detailing the potential impact of every gift. This is true of annual email campaigns, direct mail, and Facebook Fundraisers. If you’re interested in using Facebook Fundraisers at your nonprofit, reach out to our team of digital strategists today. 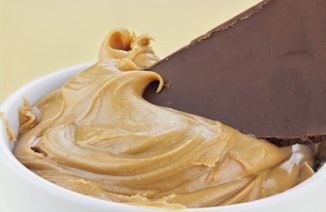 Who Put Their Event in My Fundraising Campaign? 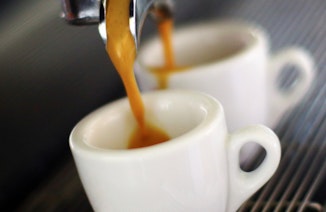 Tools to Turbocharge Your Fundraising Program 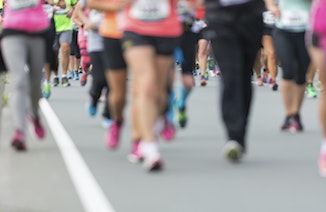